Insight into the creative processes and collaborations behind the interior design of the double award-winning 44m/144’ aluminium sailing yacht Salperton III (now Artemis); Part 1 of 2.

Ed Dubois introduced me to the owner of Salperton in 2004. He had previously built the 53m/174ft Alloy Yachts built ketch Salperton II and was going through a process of appointing a designer for his new build at Fitzroy Yachts in New Zealand. I had worked together with Ed Dubois during my time with John Munford on the 54.3m/178ft Alloy Yachts new-build Tiara. I was asked to join the owner and his wife in London for the day and subsequently submitted a design proposal for the interior during a later trip to Palma, Mallorca. Having started our studio in 2003, Salperton III was our first new-build project. 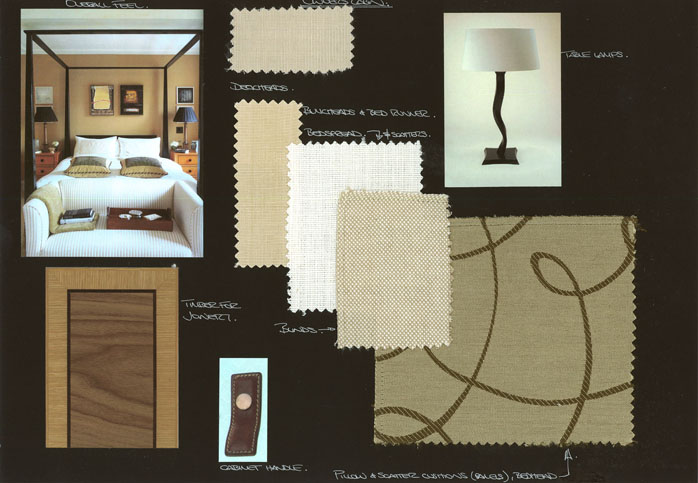 Starting with the GA, we reviewed the Dubois plans and refined the layout together with the owner, tweaking bulkheads as little as 50mm before Fitzroy Yachts built a full-size mock-up of the interior in time for our first yard visit. I remember arriving at the shipyard after 37 hours in the air (via Dubai and Melbourne) and going straight into a lengthy design meeting. The mock-up had to be optimised and modified before the owner and I returned to Europe the following day. 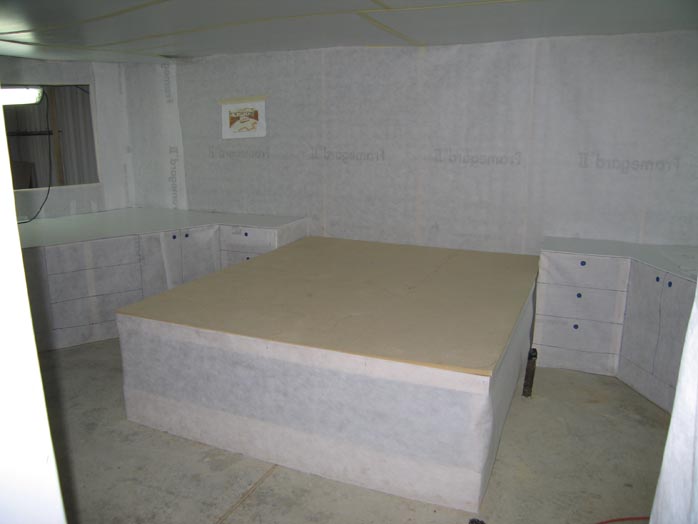 With the layout confirmed and the interior style in development, the design brief called for a more modern version of Salperton II which was classically influenced. My Munford training was extremely useful in coming-up with a classically inspired but modern joinery style; a combination of oak and walnut with a wenge inlay line. The tall curvaceous joinery nosing was inspired by a terracotta plant pot I had at home. It provided a natural fiddle rail whilst satisfying the need for soft edges. Wide planked oak flooring and fabric wall panels above an oak wainscot with walnut dado rail completed the built-in joinery. 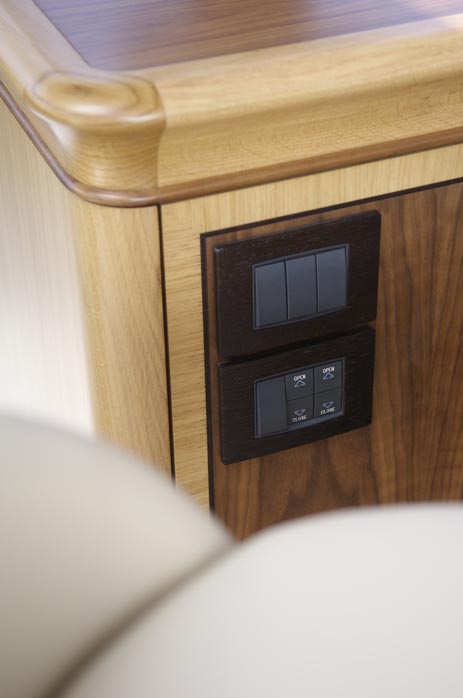 For practical reasons and for brightness, the crew area followed a simplified joinery style in oak minus the walnut but keeping the contrasting wenge inlay line detail to maintain a relationship with the owner/guest areas.

The design language continued into the bar, coffee tables and dining table but in order to create a feature, we commissioned a special bronze finish by Metal Composite in France to compliment the bronze Turnstyle Designs door and cabinet hardware. This was combined with a bronze coloured slumped glass from a company called E.scape Glass based in Invercargill in the South Island of New Zealand. 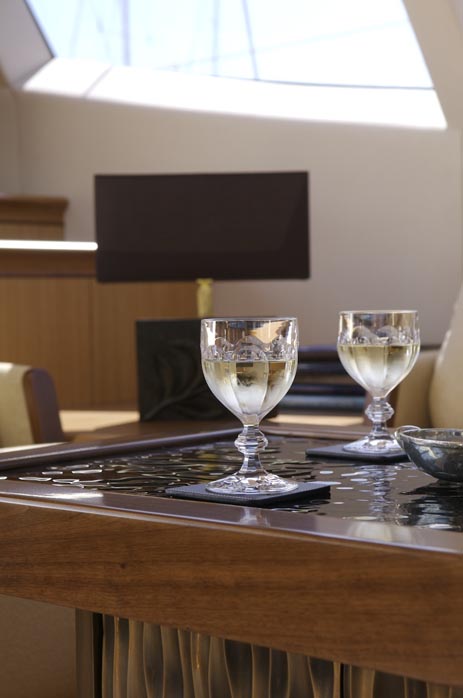 Turnstyle Designs supplied the door and cabinet hardware and we started our long-standing relationship with them by asking them, together with the shipyard, to turn a standard leather bathroom robe hook into a cabinet latch by incorporating a push button – an item which now appears as standard in the Turnstyle Designs range. 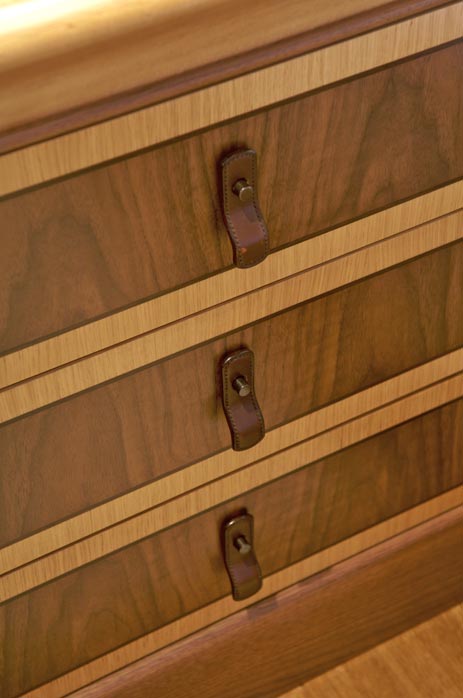 In part 2; I’ll be discussing some of the technical challenges we had to overcome and some of the more decorative items that we used in the design of Salperton III.